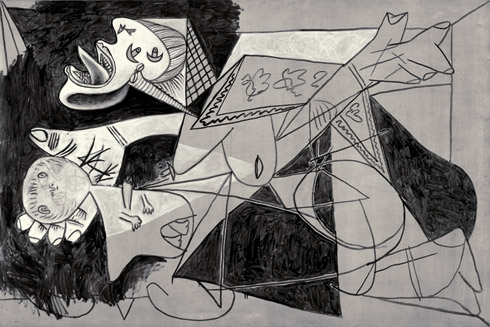 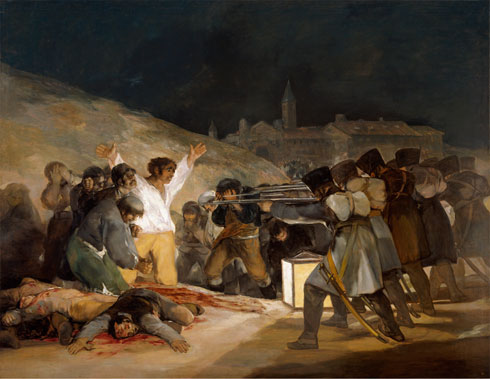 Picasso painted Mother with Dead Child II, Postscript to Guernica after exhibiting Guernica at the Spanish Pavilion at the Paris World’s Fair in the summer of 1937. Commissioned by the Second Spanish Republic to create an artwork for the national pavilion, Picasso began a series of sketches for Guernica on May 1, 1937.

Picasso had first seen the images of the destruction of Guernica, a small village in the Basque country that had been bombed on April 26, 1937, in the French newspaper L’Humanité. In his monumental work, however, Picasso does not allude to specific events of the massacre, but rather makes a clear denunciation of the barbarity and terror inevitable with war, and introduces elements from his private life, a common characteristic of his work, such as the theme of mother and child.

After completing his masterpiece Guernica, Picasso created a series of works depicting weeping women and representations of maternity inspired by the striking features of Dora Maar, the photographer, poet, and painter who documented Guernica during its various stages of the completion and with whom Picasso became intimately involved. In Mother with Dead Child II, Postscript to Guernica, Picasso has embodied the woman and child with the innocent beauty of humanity and any attack upon these figures signifies aggression against the very substance of mankind. The stark, contrasting, black-and-white geometric planes and shapes lend a poignant feeling to the wailing female figure and the deceased child she is carrying.

The image is clearly indebted to Francisco de Goya’s The Third of May 1808 (1814). In this famous painting, Goya sought to commemorate the Spanish resistance to Napoleon’s armies during the 1808 occupation. Set in the early hours of the morning following the uprising, a brilliantly lit central figure lifts his arms in defiance as he waits to be executed by the firing squad. Likewise, the howling mother in Picasso’s painting stretches her arms wide open, holding a dead child in one and screaming out her anguish and terror with her tongue thrust forward. Both images illustrate the horror of destruction and invasion, not only in Spain, but also the senselessness and brutality of warfare in universal terms.