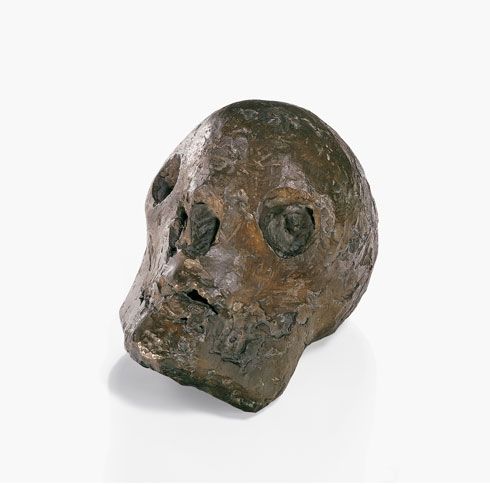 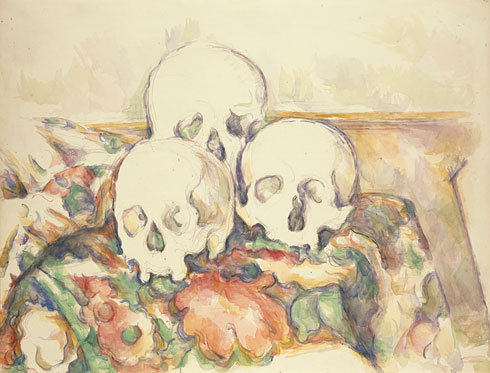 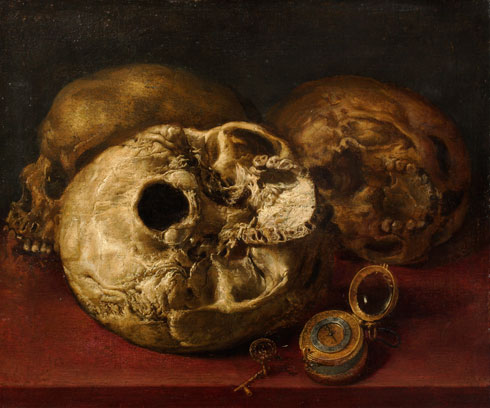 Skulls, traditional symbols of the memento mori in Western art history, fascinated Picasso throughout his life. Throughout World War II in occupied Paris, Picasso produced many skulls and still lifes that captured the tense and uncertain mood of the city. While they may represent allegories of human mortality in art, the immediacy of Picasso’s paintings and sculptures transform his skulls into poignant emblems of human vulnerability, death, and the senseless destruction of war. Picasso created Skull in 1943 during the Nazi occupation of Paris, which he may have modeled off of skulls kept in his studio as many artists did, such as Paul Cézanne who stored several on his mantelpiece. Cézanne created several paintings of skulls not only because of his interest in the contemplation of death, but also due to his fascination with their shapes and forms.

Along with Cézanne, Picasso must have drawn inspiration from Antonio de Pereda’s Vanitas (1660) paintings, in which the artist has rendered the bone structure of carefully crafted craniums in a meticulous manner. These skulls are but sober reminders of the body’s demise and universal symbols of the expiration of man’s existence and the transience of life, which Picasso has rendered in his own inimitable fashion.