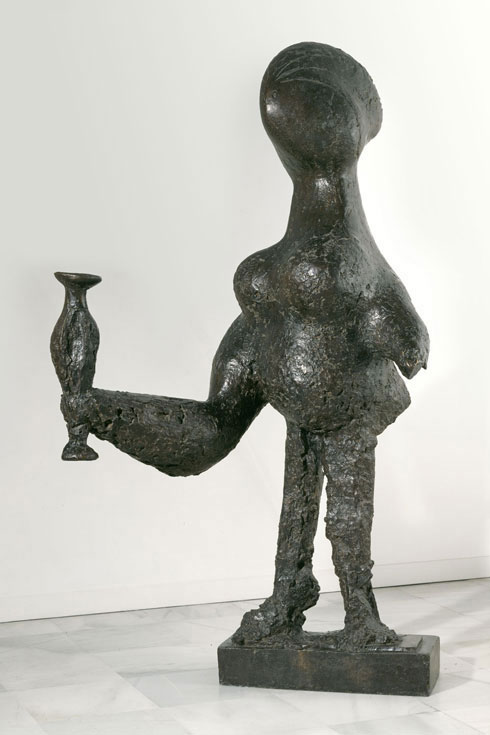 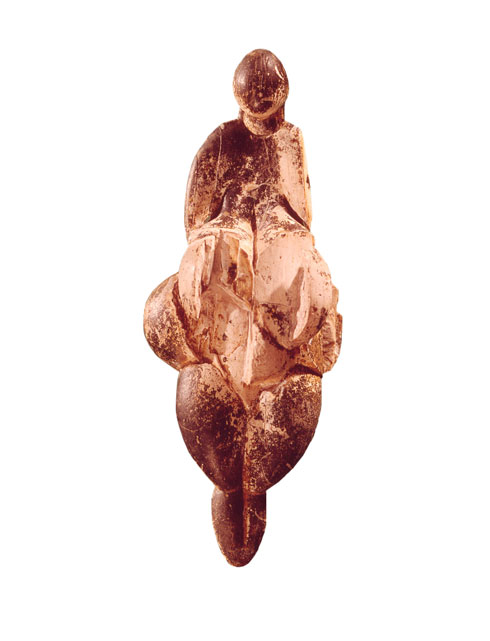 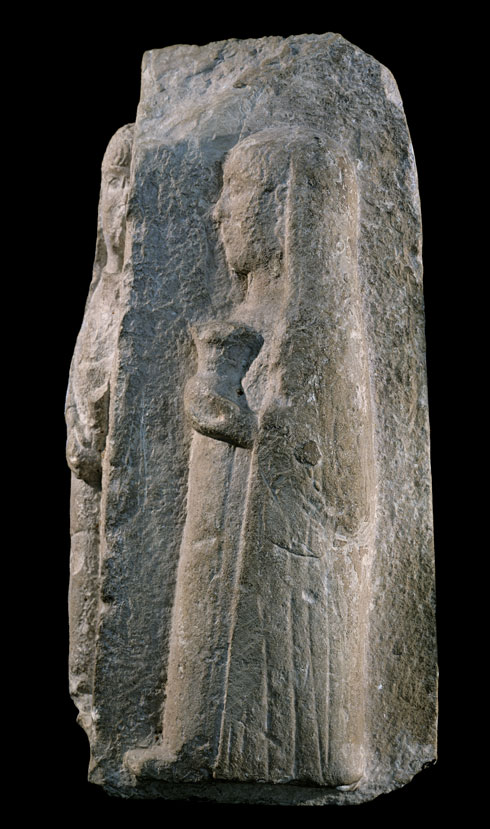 Listen to an excerpt about this work from the audio tour.

Picasso’s sculptures, whether made of bronze, plaster, cement, metal, or found objects, are among his most radical works of art. In 1930, Picasso purchased a 17th-century chateau in Boisgeloup, situated northwest of Paris, where he sculpted a series of female figures and monumental heads in clay and plaster. It is there that he created the imposing and emblematic sculpture Woman with Vase (1933) based on the physiognomy of Marie-Thérèse Walter, a beautiful young woman whom he had met in 1927, who would eventually become his mistress and the mother of his first daughter.

The work bears a striking resemblance to prehistoric fertility idols and goddesses, such as the Venus of Lespugue (ca. 23,000 BCE), a small figurine from the Pyrenees in the South of France displaying exaggerated and protuberant female attributes, namely its disproportionate breasts. Picasso owned two copies of this sculpture, both of which provided a constant source of inspiration for him. Another such source may have been the ancient Iberian relief illustrating a woman with an offering (ca. 300–100 BCE), which he possibly saw at the Musée du Louvre in Paris, as well as other similar works at the Museo Archaeológico Nacional in Madrid. Significantly, the artist had purchased a small cast of a head from archeological findings in Osuna, a small town located in the province of Seville in southern Spain.

First cast in cement from an original plaster mold—an iteration that has since disappeared—Woman with Vase depicts a fertility goddess, considerably larger than life, extending one of her arms to display an offering. This cement version was exhibited in 1937 at the Paris World’s Fair in front of the Spanish Pavilion. Two bronze copies molded from the original plaster were subsequently cast in 1972–73. Picasso donated one of these two copies to the people of the Spanish Republic, which currently belongs to the Museo Nacional Centro de Arte Reina Sofía in Madrid. The other bronze copy was placed on the artist’s tomb at the Château de Vauvenargues, a home that he bought in 1955 located in the South of France. As requested by the artist, the original plaster mold was later destroyed. Woman with Vase reflects Picasso’s lifelong interest in his native country’s ancient civilizations and is one of the most significant works that the artist ever produced.